Home » Technology » You are reading »

Modern breakthroughs and advancements in technology are usually met with great applause and fanfare before they’re conveniently forgotten when the next big thingcomes along. However, there are those rare discoveries that come around once in a while that not only make our lives better but also inspire a sense of awe and wonder in people. Such advances are the game-changers and the revolutionizing forces of our time, positively impacting our industries in a way that other discoveries before them have not.

In this article, we’re going to talk about some of the biggest breakthroughsthat directly benefit the manufacturing industry in particular. Read on to know more about them and how they’ve made such a significant impact in their particular fields, as well as how they’ve affected the world at large.

Laser machining, or laser beam machining, is a subtractive machining method that uses lasers to perform manufacturing processes such as cutting, etching, cladding, welding, and so on.

By leveraging the inherent properties of a super-hot and focused point of light, manufacturers are able to achieve faster and more accurate machining without extensive post-processing. Integrate highly precise motion technology that facilitate smooth and uninterrupted movement, such as air-bearing linear motion solutions, and the precision factor of laser machining becomes unbeatable, even by the most advanced traditional machining methods. As such, laser machining is also seeing increasing use in industries that require a high level of machining complexity and accuracy, such as in the automobile, aerospace, electronics, and medical industries.

What makes laser machining so compelling are the advantages it offers over traditional machining. Because of its enormous emphasis on precision, laser machining gives manufacturers the ability to processnearly all types of materials, even those that are deemed too delicate or brittle. Furthermore, it also lowers production costs, as processing with a laser results in non-existent wear and tear on the machine due to the lack of physical contact between the tool and the material.

Even if it’s been around as early as the 1980s, 3D printing still remains as a tool for innovation in the manufacturing sector. After all, it has the potential to democratize manufacturing by enabling even resource-deprived creators to “print” their computer-aided ideas into actual three-dimensional objects that one can touch and hold. The fact that 3D printing is capable of doing this without expensive manufacturing equipment or the requirement to manufacture huge volumes of products makes it highly valuable in many applications where rapid prototyping is essential.

Thanks to advancements in 3D printing technology and the changing nature of consumer demand, however,3D printers of today are no longer confined to creating prototypes. Instead, they areable to produce finished products entirely on their own, and with little cost to the manufacturers. Moreover, the finished products are usually lighter, more durable, and much less expensive to make than their traditionallymade counterparts.

The advantages of 3D printing cannot be overstated. Besides making complex and intricate manufacturing a lot easier and more cost-effective, 3D printing technology also lowers the bar of entry when it comes to mass manufacturing, allowing smaller businesses to participate in the industry even without having the funds necessary to hire or procure a manufacturing facility of their own. It also helps creatives and hobbyists break into the scenewith their owninteresting and viablecreations.

3. The Internet of Things

One of the biggest obstacles of manufacturing is keeping track of the myriad devices, tools, and equipment necessary in the entire mass-production process.This is particularly challenging when huge and heavy machinery are used on the production floor.  After all,heavy machinery can be very unsafe while they are operational, making regular or real-time inspections dangerous and impractical.

Thanks to the Internet of Things or IoT, however, keeping track of an entire factory’s assembly line can be done in a safer manner. IoT refers to the current practice of integrating internet-capableand intercommunicating computers and sensors into machines—equipment such as those found in a factory’s production floor. By having such asystem in place, the factory’s safety monitoring staff can easily see which machine or componentsare performing well, and which ones are currently having issues—all without having to stop the production chain in order to do a safety and performance check. The same technology also allows the staff to control these machines or individual components remotely, allowing for an even safer and hands-off approach.

Just like 3D printing, IoT has also spread to the consumer market, with “smart” appliances such as TVs, refrigerators, thermostats, washing machines, and even microwave ovens able to connect to the internet and be controlled remotely. They can also alert the user if there’s anything that needs to be done, such as restocking the refrigerator or turning off the thermostat in order to save on energy costs.

Nanotechnology is yet another futuristic, science-fiction idea made real today. It refers to the processing or manipulation of materials on a very small scale—i.e. on a supramolecular, molecular, or even atomic level—so as to make it better at what it’s supposed to do. By utilizing nanotechnology, manufacturers can create superior products by modifying the very properties of the raw materials they use. For example, a textile manufacturer can theoretically use nanotechnology in order to make the strands of a yarn tougher and more durable, allowing for the creation of garments that can easily withstand heavy use.

That said, nanotechnology is still in its infancy, with the main beneficiaries today being the aerospace engineering industry as well as the biotech and medical industries. However, it won’t be long until it finally gets adopted by a greater number of businesses that deal with manufacturing novel products.

Augmented reality refers to the technology that superimposes additional information about a person’s surroundings, which that person will be able to see and appreciate through an augmented reality device, like a special pair of glasses, shades, or even contact lenses. It’s similar in a way to virtual reality where images are projected to one’s vision via a wearable screen, but rather than replacing the real world with something else completely, augmented reality just adds another layer of information to it.

This technology is set to be a huge game-changer for manufacturing. Imagine, instead of having to train workers, all the information they require to do their duties safely and efficiently can be beamed directly to their field of vision. Their AR glasses, for example, can point out workplace hazards nearby that they would have missed without their devices, thus providingthem with advance warning. It can also afford them immediate feedback on how efficient they’re going about their tasks, and suggest ways on how to improve themselves. Employers can also use AR technology to keep track of their employees’ activities and productivity.

Like nanotechnology, AR is still relatively young. It did enjoy a boost in popularity with the launch of the Google Glass in 2014, but the prohibitive price tag and limited utilityeventually made this product unpopular. However, there’s no doubt that AR will come back into the scene in a strong way sometime in the future, seeing as the technology has massively advanced since then. We can only wait and see what the future has in store.

These are just some of the modern manufacturing advancements that are set to change not just the manufacturing industry but the whole world for the better. Therefore, businesses and the public sector need to invest in these concepts to help them mature further and be made more accessible to the people. It’s only then that these technologies can truly flourish and realize their maximum potential. 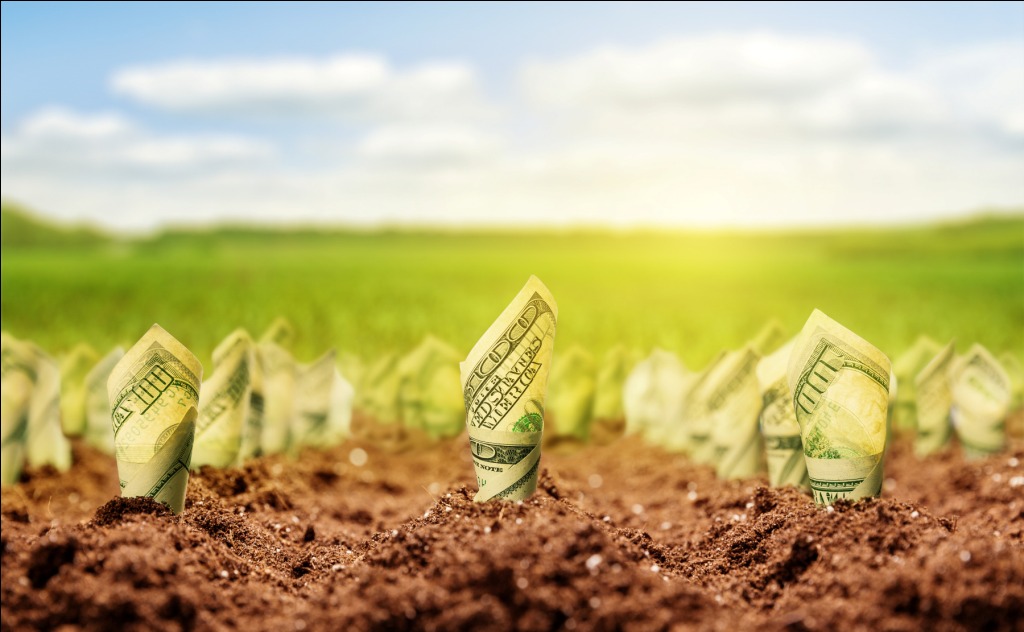 13 Tips For Managing Your Farm Finances When We Should Replace Printer Ink Cartridges?