Google Flutter is one of the most reliable technologies of modern times for cross-platform app development. Since its inception in 2017, the technology has grown massively. It is powering the giants such as Alibaba, Tencent, and Google Ads; this says a lot about the efficiency of the technology.

There are many advantages of using Flutter. It is an open-source framework by Google and uses Dart programming language. It is ideal for cross-platform app development as it allows developers to use the single code base for building android and iOS applications. It has eliminated the need to use different programming languages to build apps for different operating systems.

The changing mobile app landscape too, is going to a deciding factor. We are entering a new era. Due to the pandemic, the tech adaptation has speeded up, and more and more enterprises are looking forward to building applications and improving their business activities. It is going to be exciting to see how Flutter contributes in 2021 and in the coming years.

Flutter used Dart programming language that is not as popular as Java, Kotlin, or Swift. For this reason, a developer might have to invest some time to learn it. Most commonly for android Java is used, and for iOS development, Swift.

User experience is one of the biggest concerns of mobile app developers; Flutter offers a wide array of components besides the interface builder that makes the user experience more dynamic and interactive. The technology allows faster development of applications using native tools; a lot of cross-platform technologies lack these features, which is why the quality of development is not so good.

A developer can use Android Studio for native android app development and XCode for native iOS applications. Flutter also has many widgets to offer for Android and iOS platforms, making it easy to build complex UIs that support the material component for Android and Cupertino for iOS.

Flutter uses Dart programming language, but it doesn’t provide much support for text editors and IDEs as Android Studio. This is one of the biggest drawbacks of Flutter.

Dart being a relatively new language, developers are required to learn it when using Flutter for any project. Also, since the support is not available, if a developer is stuck somewhere in the complexity of the project, it is going to be tough to find support and get it solved.

Since Flutter is complicated, not many people would go for it for building native mobile applications since there are already less complicated and tried and tested technologies available. The only benefit of using Flutter is that it speeds up the development for incremental builds. But initially, it takes way longer than any other language to build an app in the initial stages.

Testing is an unskippable part of the development process, and technology offers various ways to run the tests to detect any bugs found in the code.

Testing with Flutter is easy; it allows developers to run tests at UI, Unit, and Functional level. This helps massively in improving the user experience. Furthermore, Flutter offers detailed documentation, which helps developers test the app on a simulator and detect any irregularities in the code or bugs.

Some of the features amiss in Flutter testing are data-driven testing, grouping, and snapshot tests. Also, it lacks the support for stubbing and requires extensive coding for mocking with protocol in native iOS app development.

Continuous integration and continuous deployment is a widely used practice to boost the app development process. However, Google Flutter does not provide a dedicated CI/CD platform for native app development. This means developers would have to use a third-party CI server.

Flutter development allows developers to build, test and deploy apps at PlayStore using Codemagic CI/CD solution. Also, apple provides an XCode server for CI/CD, but it is not as efficient as the available third-party cloud vendors and other solution providers.

Flutter offers dynamic and faster app development. This makes it very popular amongst the developers. It allows developers to make changes to the codebase and see the changes in real-time in the application. This feature is known as hot reload.

The feature makes it very easy for developers to add new features, fix bugs, and experiment with new ideas. The feature also brings more ease to the development process by promoting productivity and also collaboration between the development and design teams.

Flutter allows developers to use a single codebase for building iOS and Android applications. Since Android and iOS are two of the most popular development platform, they are quite pricey. If app complexity allows, with Flutter, a developer can bring down the development cost of building two applications to one and achieve the goal.

Going with Flutter allows you to run automated tests; this brings down the testing process to 50% and also saves a lot of time. The quality assurance process is also faster as compared to any other technology, as running a manual test requires a lot of manual inputs. This makes the entire process more prone to human errors.

App performance is one of the biggest concerns; developers are always on the lookout for technologies that offer libraries that can help them build amazing app UI.

Since Flutter uses Skia Graphics Library, it is much easier to make changes in the app and also bring more smoothness in the app UI. It also makes it faster. Apps built on Flutter have a UI speed of about 60fps.

However, a developer also needs to be well-versed with the development process and stay extra careful while developing the application. Redrawing the elements might even change data; this would hinder the app’s performance and speed.

Flutter offers custom widgets, rendered and managed by a graphics engine. These UI components are very engaging and enhance the user experience by ten folds. It doesn’t rely on the native system components but allows developers to add attractive visual details to the applications.

Flutter being fairly new in the market, the developer community is not much experienced. It is not huge as React Native, and since it also uses Dart, it gives a major disadvantage to the developers.

Google offers support for Flutter, but is it not as impressive as React Native. It is not always easy to find a solution for the problems found in the existing libraries; thus, a developer might have to build functionalities right from scratch.

Flutter doesn’t offer support for CI platforms like Travis and Jenkins. A developer would need to use and maintain custom scripts for automatic building, testing, and deployment.

Fast refresh is an improved form of hot reload. It works essentially the same as hot reload. It unifies live and hot reloading, which improves the ability of a developer and designer to detect any mistakes in the application

React Native is a native app development platform that also allows developers to use a single codebase for iOS and Android applications.

But since it used JavaScript, it is much more convenient for the developers to write the code and share it across.

React native increases the productivity of a developer to a great extent. The biggest advantage of using React Native for app development is that it precisely allows the developers to choose as per their preference. You can choose between JavaScript and TypeScript and also decide to use a UI library or write your own.

React Native has been in the market for five years now, and Facebook has dedicated a lot of time to stabilize the API and focused on fixing the issues and the problems. Also, React Native has a vast community, which is very active. This offers more convenience to the developers while building complex applications.

Like Flutter, React Native too allows automated testing and reduces a developer’s effort by 50%.

Contrary to what the name suggests, react native is a cross-platform solution. And neither the UI experience nor the performance will be the same as the native apps. It is like faking a native experience. But it is still impressive. It is even better than Flutter.

React native only supports fewer components, like box, button, loading indicator, slider. Flutter has the upper hand in the competition, as it supports the material design and supports much more widgets. This saves a lot of time, and developers can get more creative in the UI design.

React Native gives you a major benefit when it comes to OS UI updates, as it gets instantly upgraded. But it can backfire too if the changes happen in the native component API. This would increase the workload on the developer, and hence Flutter wins this one as the app UI is far more stable.

Flutter Vs. React Native Who is the winner?

Flutter is being used by many companies now. As Flutter offers monthly improvements in the Flutter SDK as Google continues to refine the tool, we can expect a lot more enterprises are placing their trust in the technology. It will really help if the community continues to grow.

When it comes to finding a winner between React Native and Flutter, surely React Native wins as it is more compatible with large-scale projects and offers much more developer-friendly tools. React Native is also stable in the marketplace and is on a trajectory to continuously grow.

But there is no denying that Flutter gives a strong competition to React Native.

When we say Flutter would replace all the other native technologies, would it mean that the other technologies would lose their market? Well, no. Flutter is a cross-platform app development technology, and there would always be some limitations like the complexity of an application that cannot be solved with Flutter.

Looking at the odds, Flutter surely has the upper hand in the market and is one of the leading technologies for cross-platform app development. But it is a fairly new technology, and it doesn’t have massive community support like there is for other technologies. It is too early to say anything. But replacement is a big word. Python’s comeback has taught us one thing; every technology is capable of building exemplary digital products; it all comes down to how you use it and whether it is a right fit for the project or not.

Since Flutter made its debut in the market as a cross-platform app development technology, it is quite clear that most of the components of the application are centralized towards reducing the efforts of developers while building applications for different platforms.

There is no doubt Flutter is a great technology, but so are other technologies such as Kotlin, Swift and React Native. Features such as functionality, ease of integration, and uncompromised quality for sure, Flutter has a bright future in the market. 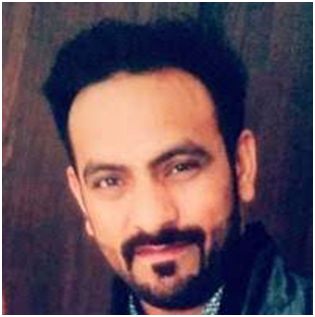